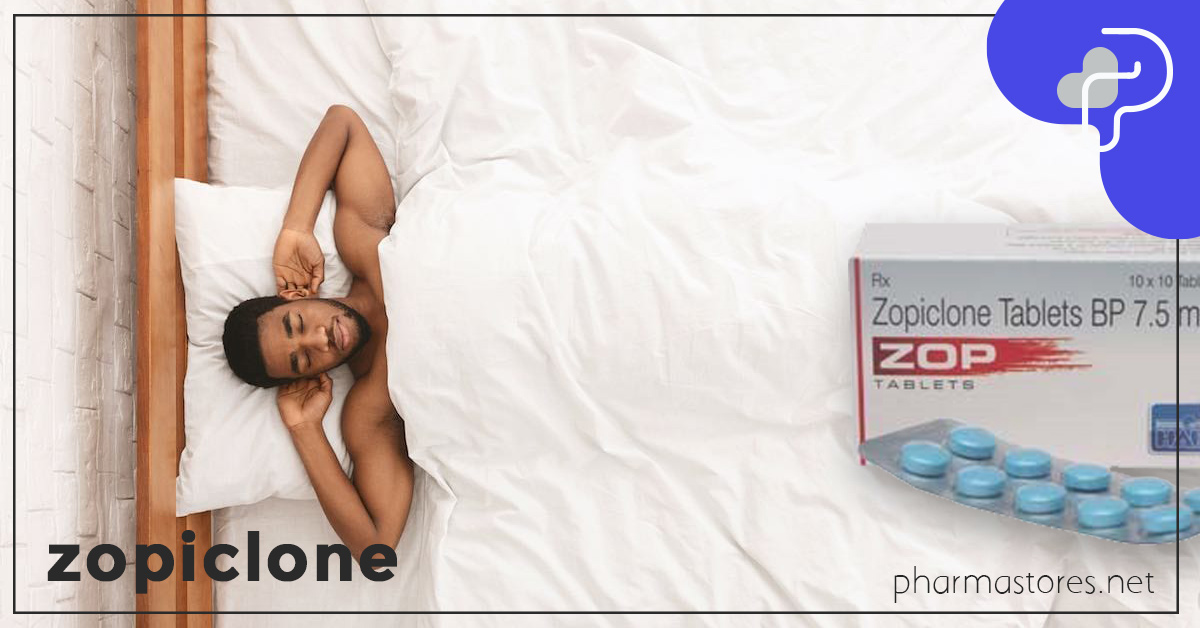 Zopiclone is one of the ideal hypnotics.

Hypnotics existed since the introduction of benzodiazepines which offer lots of advantages, they are effective and safe to some extent but the ideal hypnotics must have some characteristic like:

Zopiclone tablets is a new ideal hypnotic (sleeping pills) that belongs to a new chemical class, has a lot of advantages:

Evaluation of the accumulated evidence of zopiclone tablets’ use from over 2.5 billion units dispensed in more than 30 countries indicates that it is effective with almost no side effects and an excellent alternative to benzodiazepines as a short-term treatment of insomnia.

Tips about zopiclone use

There are some drugs that interact with zopiclone and change the way zopiclone tablets work some of these drugs:

Alcohol consumption must be stopped during taking zopiclone tablets, as alcohol increases the effect of zopiclone be a bad manner and may be a difficulty in waking the next day.

If you are pregnant or have a plan to get pregnant talk with your doctor or pharmacist before taking zopiclone tablets.

If you already took it during pregnancy there is an increased risk of cleft lip and palate in the baby.

Taking zopiclone during the last six months of pregnancy can lead to abnormal fetal movement and fetal heart rate changes.

Do not take zopiclone during the last 3 months of pregnancy or during labor, the baby may have low body temperature, muscle weakness, breathing difficulties, difficulty feeding, and show withdrawal symptoms such as shaking after birth or agitation. The newborn should be closely monitored in these cases during the postnatal period.

Zopiclone can’t be used during breastfeeding or planning to breastfeed. This is because zopiclone can pass in the mother milk, talk to your doctor or pharmacist before taking any medicine in this situation.

Like other sleeping pills, Zopiclone tablets can cause the slowing of your normal mental function (central nervous system CNS depression). The risk of this impairment including driving ability is increased if:

It is better to avoid driving or using heavy machinery or tools on the day after taking Zopiclone tablets 7.5mg especially if you are feeling drowsy or sleepy.